A timeless bestseller that’s still as relevant today as it was when first published in 1936. The principles in this book will help you become more likable and win others over to your way of thinking—a must-read.

“Any fool can criticize, condemn and complain—and most fools do. But it takes character and self-control to be understanding and forgiving.”

There are three fundamental techniques for handling people. Master these principles and observe how others will like you more and be willing to sing your praises.

1. Don’t criticize, condemn, or complain. Criticizing others is futile because it puts the other person on the defensive and usually makes them strive to justify themself. Criticism is dangerous because it wounds a person’s pride, hurts their sense of self-importance, and arouses resentment.

Anybody can criticize, condemn, and complain, but it takes true character and self-control to understand and forgive. So try to understand other people’s point-of-view.

2. Give honest and sincere appreciation. Our deepest desire in life is to feel like we’re important and to know that we’re appreciated. So instead of just thinking about your accomplishments and wants, try to discover what other people do well and show sincere appreciation. If you can make it a habit to spread gratitude to somebody every day, you’ll surprise yourself with how well your relationships blossom.

But there’s a fine line between showing someone appreciation and flattering them. The first is sincere, and the other is selfish and easily recognized by others, so avoid it at all costs. Instead of just telling people what they already want to hear, think about how you can show them kindness.

3. Arouse in the other person an eager want. The world is filled with people only interested in getting what they want. But if you choose to serve others unselfishly, you’ll have an enormous competitive advantage in life.

The only way to influence other people is to talk about what they want and how they can get it. If you can put yourself in their shoes by understanding their point of view, you’ll never have to worry about anything. As Henry Ford said, “If there is any one secret of success, it lies in the ability to get the other person’s point of view and see things from that person’s angle as well as from your own.”

Likewise, there are six fundamental principles for getting people to like you. Master these principles, and you’ll never struggle to make friends.

2. Smile. Your smile is a messenger of goodwill. It brightens the lives of all who see it. To someone stressed or experiencing hardship, your smile is like a ray of sunshine breaking through a cloudy day. And the best part? It costs nothing for you but creates so much more for others.

4. Be a good listener. There’s nothing more flattering than giving someone your undivided attention while they are speaking to you. People will enjoy talking to you if you’re willing to listen intently and encourage them to talk about themselves.

If you want to be a good conversationalist, learn to be an attentive listener. To be seen as interesting requires you first to be interested. Ask questions and encourage others to talk about themselves and their accomplishments. And remember, the people you’re talking to are way more interested in themselves and their problems than they are with yours.

“Every man I meet is my superior in some way. In that, I learn from him.” —Ralph Waldo Emerson

And the truth is that almost everyone you meet in life, in some way, is superior to you. So if you want to make them feel important, recognize and compliment whatever it is that makes them your superior.

12 Principles to Win People to Your Way of Thinking

1. The only way to get the best of an argument is to avoid it. You can’t win an argument. You either end up being wrong or make the other person resent you by making them feel inferior. You may be correct, but as far as changing someone’s mind is concerned, you’ll probably be just as futile as if you were wrong.

Instead of letting a disagreement devolve into an argument, follow these steps to win people over:

2. Never say, "You're wrong." Telling somebody that they’re wrong will never convince them that you’re right. Instead, you’ll just shut them down and make them resent you. You cannot teach others how they should think; you can only guide them to your way of thinking.

But you’ll never get into trouble by admitting that you may be wrong. Doing so will stop all argument and inspire your opponent to be just as fair and open-minded as you. It will make him want to admit that he, too, might be wrong.

3. If you are wrong, admit it. When you’re wrong about something, admit your mistake quickly and with enthusiasm. Not only will you disarm your opponent by saying everything that they were thinking, but you’ll also make them more likely to forgive you. They may even try to come to your defense.

“By fighting you never get enough, but by yielding you get more than you expected.”

Use what’s called the Socratic Method by getting the other person to say, “yes, yes” right away. Keep asking questions that your opponent would have to agree to until finally, without realizing it, they agree with your conclusion.

8. Try to see things from the other person's point of view. Always try to understand the other person by putting yourself in their place. Ask yourself, “How would I feel? How would I react if I were in their shoes?” Seeing something from another person’s point of view will not only save you time and irritation, but it’s also one of the best skills you can develop for building relationships and advancing your career.

9. Be sympathetic with the other person's ideas and desires. Most people you meet in life are hungering for sympathy, so why don’t you give it to them? Show people that you care and sympathize with their ideas and desires, and they will love you.

10. Appeal to the nobler motives. If you wish to change people, appeal to their nobler motives. Most people will favorably react to your requests if you make them feel like you consider them to be honest, upright, and fair individuals who want to do the right thing.

11. Dramatize your ideas. Merely stating a truth isn’t enough to win people over. The truth has to be vivid, interesting, and dramatic if you want others to pay attention. You have to use showmanship like they do in movies or on TV to get your ideas to resonate.

12. Throw down a challenge. High achievers desire to excel and win. So give them the chance to prove their worth by creating a game or challenge for them to excel in. Creating a challenge is a fun way to appeal to people’s creative spirit and desire to feel important.

“The way to get things done is to stimulate competition. I do not mean in a sordid, money-getting way, but in the desire to excel.” —Charles Schwab

9 Ways to Change People Without Offending Them

Being a leader requires you to motivate people without offending them or making them resent you. Here are nine ways to effectively do it.

1. Begin with praise and honest appreciation. It’s always much easier to listen to unpleasant things after we’ve received some recognition. So before you point out anyone’s faults, first lavish them in praise.

2. Call attention to people's mistakes indirectly. Many people begin their criticism with sincere praise followed by the word “but” and ending with a critical statement. While this method may seem effective, most people will immediately question the sincerity of the praise after hearing the word “but.” Instead, use the word “and” to indirectly call attention to the desired behavior you wish to change. Indirectly calling attention to one’s mistakes works wonders for those who are sensitive to criticism.

4. Ask questions instead of giving direct orders. People are more likely to accept an order if they feel like they’ve had a say in the decision. So instead of directing orders, ask questions to get others involved and make them feel like they contributed to the solution.

5. Let the other person save face. Never openly criticize or condemn. Even if you are right and they are wrong, you will only destroy their ego and harbor resentment by causing someone to lose face. If you must criticize, do so in private.

7. Give the other person a fine reputation to live up to. If you want someone to improve in a particular way, act as though that particular trait were already one of their outstanding characteristics. They will then do everything they can to make sure they live up to their given reputation.

8. Use encouragement. Make the fault seem easy to correct. If you want to help others improve, make things seem easy to do and let others know that you have faith in their ability to excel. Sit back and watch how they will rise to the level of your expectation.

How to Win Friends & Influence People 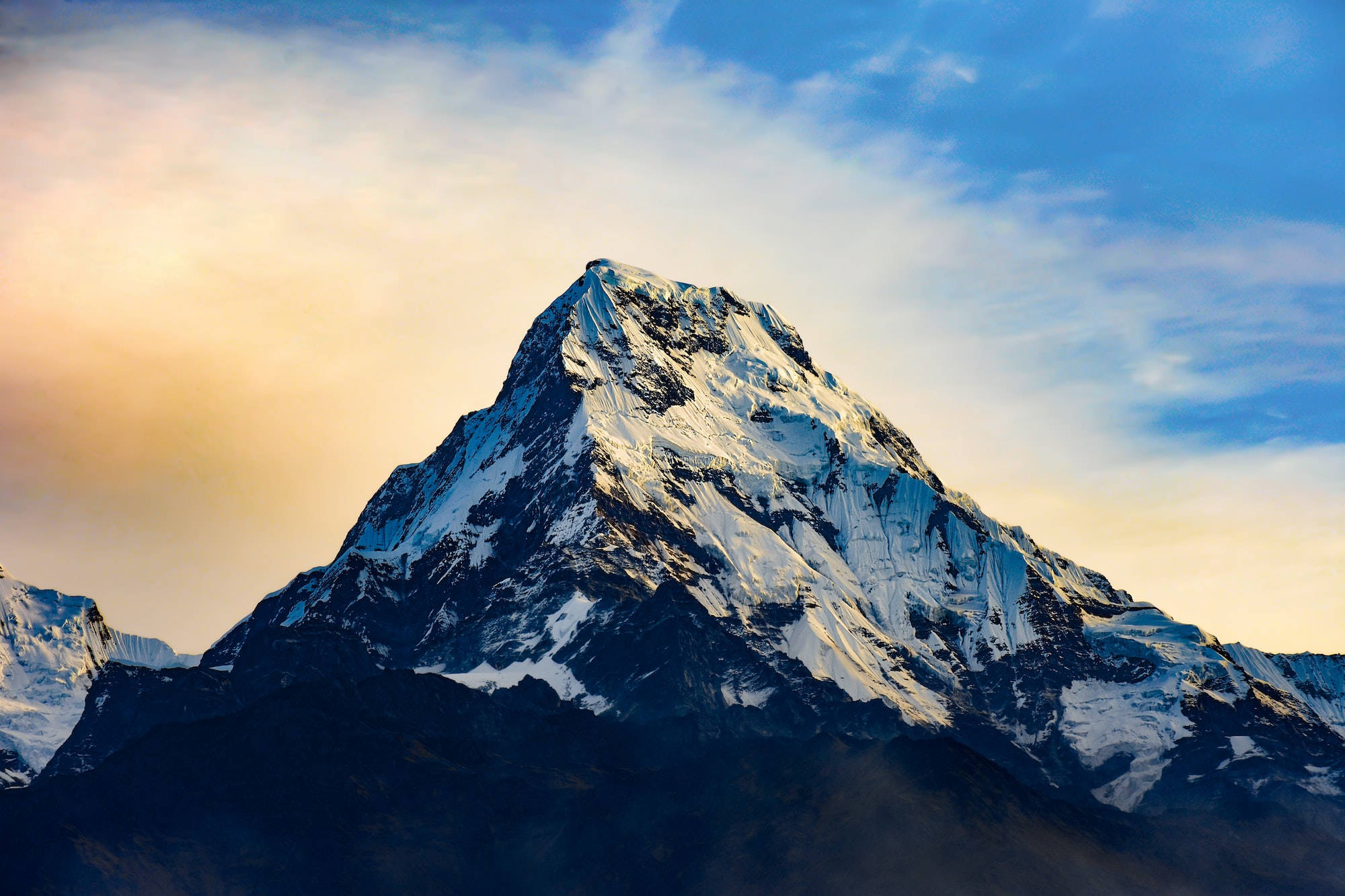 If you feel stuck or unsure about your current career path, it might be time to take a step back and enter Resource Mode.

Learn how to set meaningful goals in Notion or use my free template to get started right away.