We are driven, consciously or unconsciously, by our desire to achieve a particular level of status relative to those around us. Our status is raised and lowered through our body language and the words we use. We are also naturally creative and spontaneous creatures, but modern culture and education has worked to suppress it.

"When I consider the difference between myself, and other people, I thought of myself as a late developer. Most people lose their talent at puberty. I lost mine in my early twenties. I began to think of children not as immature adults, but of adults as atrophied children."

No action is due to chance, every inflection and movement implies a status. In reality, status transactions continue all the time.

Most people will maintain that we don't play status transactions with our friends, and yet every movement, every inflection of the voice implies a status. Acquaintances become friends when they agree to play status games together.

The 'See-Saw' principle: a status game played by raising your status by simultaneously lowering the status of others. Most comedy works on the 'see-saw' principle. A comedian is someone paid to lower his own or other people's status.

Tragedy also works on the 'see-saw' principle: it's subject is the ousting of a high-status animal from the pack. When a very high-status person is wiped out, everyone feels pleasure as they experience the feeling of moving up a step in the status hierarchy. This is why tragedy has always been concerned with kings and princes, and why we have a special high-status style for playing tragedy.

Social animals have inbuilt rules which prevent them killing each other for food, mates, and so on. Such animals confront each other, and sometimes fight, until a hierarchy is established, after which there is no fighting unless an attempt is being made to change the 'pecking order'.

In animals, the pattern of eye contact often establishes dominance. A stare is often interpreted as an aggressive high-status act. Breaking eye contact can be high status so long as you don't immediately glance back for a fraction of a second. If you ignore someone your status rises, if you feel impelled to look back then it falls.

Keeping your head still when you speak also signals high status. Officers in the military are trained not to move their head when issuing commands for this reason.

The body has reflexes that protect it from attack. We have a 'fear-crouch' position in which the shoulders lift to protect the jugular and the body curls forward to protect the underbelly.

The opposite of the 'fear-crouch' is the 'cherub posture', which opens all the planes of the body: the head turns and tilts to offer the neck, the shoulders turn the other way to expose the chest, the spine arches slightly backwards and twists so that the pelvis is in opposition to the shoulders exposing the underbelly—and so on.

It's very likely that you will increasingly be conditioned into playing the status that you've found an effective defense. You become a status specialist, very good at playing one status, but not very happy or competent at playing the other.

High-status people often adopt versions of the cherub posture. If they feel under attack they'll abandon it and straighten, but they won't adopt the fear crouch. Challenge a low-status player and they'll show a tendency to slide into postures related to the fear crouch.

If playing low status is your natural default, there are tricks you can use to experience a status change. Raising your status can be achieved by speaking with a still head, holding eye contact, slowing your movements, and mimicking the cherub posture.

Most schools encourage children to be unimaginative. They are taught to never act on impulse, and that whatever came to mind first should be rejected in favor of better ideas.

Children can operate in a creative way until they're eleven or twelve, when suddenly they lose their spontaneity and produce imitations of 'adult art'. You have to be a stubborn person to remain an artist in this culture.

Many teachers think of children as immature adults. It might lead to better and more 'respectful' teaching if we thought of adults as atrophied children. Many 'well-adjusted' adults are bitter, uncreative, frightened, unimaginative, and rather hostile people. Instead of assuming they were born that way, or that's what being an adult entails, we might consider them as people damaged by their education and upbringing.

Striving for originality takes you far away from your true self, and makes your work mediocre. The truth is that the best ideas are often psychotic, obscene, and unoriginal.

Sanity has nothing to do with they way you think. It's a matter of presenting yourself as safe during interaction with others. To keep from being mocked and ridiculed, we suppress our spontaneous impulses, we censor our imaginations, and we learn to present ourselves as 'ordinary', thus destroying our talent.

Many people block their imaginations because they're afraid of being unoriginal. They believe they know exactly what originality is based on things that already exist.

An artist who is inspired is being obvious. They are not making any decisions or weighing one idea against the other on how to be original. They accept their first thoughts. Striving for originality takes you far away from your true self, and makes your work mediocre.

A story is "a sequence of events that have, or are alleged to have happened, a series of events that are or might be narrated..." and so on. Once you decide to ignore content it becomes possible to understand exactly what a narrative is, because you can concentrate on structure.

Even at the level of geometrical signs 'meaning' is ambiguous. A cross, a circle, and a swastika contain a 'content' quite apart from those which we assign them. The swastika is symmetrical but unbalanced: it's a good sign for power, it has a clawiness about it. The circle is stiller, is a much better sign for eternity, for completeness. The cross can stand for many things, for a meeting-place, for a crossroads, for a kiss, for a reed reflected in a lake, for a mast, for a sword—but it isn't meaningless just because the interpretations aren't one-for-one. Whatever a cross suggests to us it won't have the same associations as a circle, which makes a much better sign for a moon, for example, or for pregnancy.

The improviser has to be like a man walking backwards. He sees where he has been, but he pays no attention to the future.

When you act or speak spontaneously, you reveal your real self, as opposed to the self you've been trained to present. Getting 'stuck' when asked for an idea is not due to not having an idea, but a way to conceal the inappropriate ones that arrived uninvited.

When asked to 'make up a story', most people become paralyzed. If asked to 'describe a routine and then interrupt it', people see no problem. Sometimes stories themselves become so predictable that they become routines. It doesn't matter how stupidly you interrupt a routine, you will be automatically creating a narrative, and people will listen.

A mask is a device for driving the personality out of the body and allowing a spirit to take possession of it. In its original culture nothing had more power than the mask. It was used as an oracle, a judge, and an arbitrator.

Masks are surrounded by rituals that reinforce their power. However, masks are not popular in western culture, partly because the church sees the mask as pagan and tries to suppress it wherever it has power. We distrust spontaneity, and try to replace it with reason.

Many people think that to be awake is the same as to be conscious, but they can be deeply hypnotized while believing that they are in 'everyday consciousness'. We don't think of ourselves as moving in and out of trance because we're trained not to. It's impossible to be 'in control' all the time, but we convince ourselves that we are.

Most people recognize 'trance' when the subject looks confused—out of touch with the reality around him. We even think of hypnosis as 'sleep'. In many trance states people are more in touch, more observant. Playing sports is associated with entering a trance state since there isn't enough time to process what is happening, you act on impulse.

Meditators use stillness as a means of inducing trance. If you lie down and make your body relax, going through it from feet to head, and loosening any points of tension that you find, then you can easily float into fantasy. You feel as if the air is breathing you, rather than you breathing the air, and the rhythm is slow and smooth like a great tide.

Many ways of entering trance involve interfering with verbalization. Repetitive singing or chanting are effective, or holding the mind on to single words; such techniques are often thought of as 'Oriental', but they're universal.

Impro: Improvisation and the Theatre 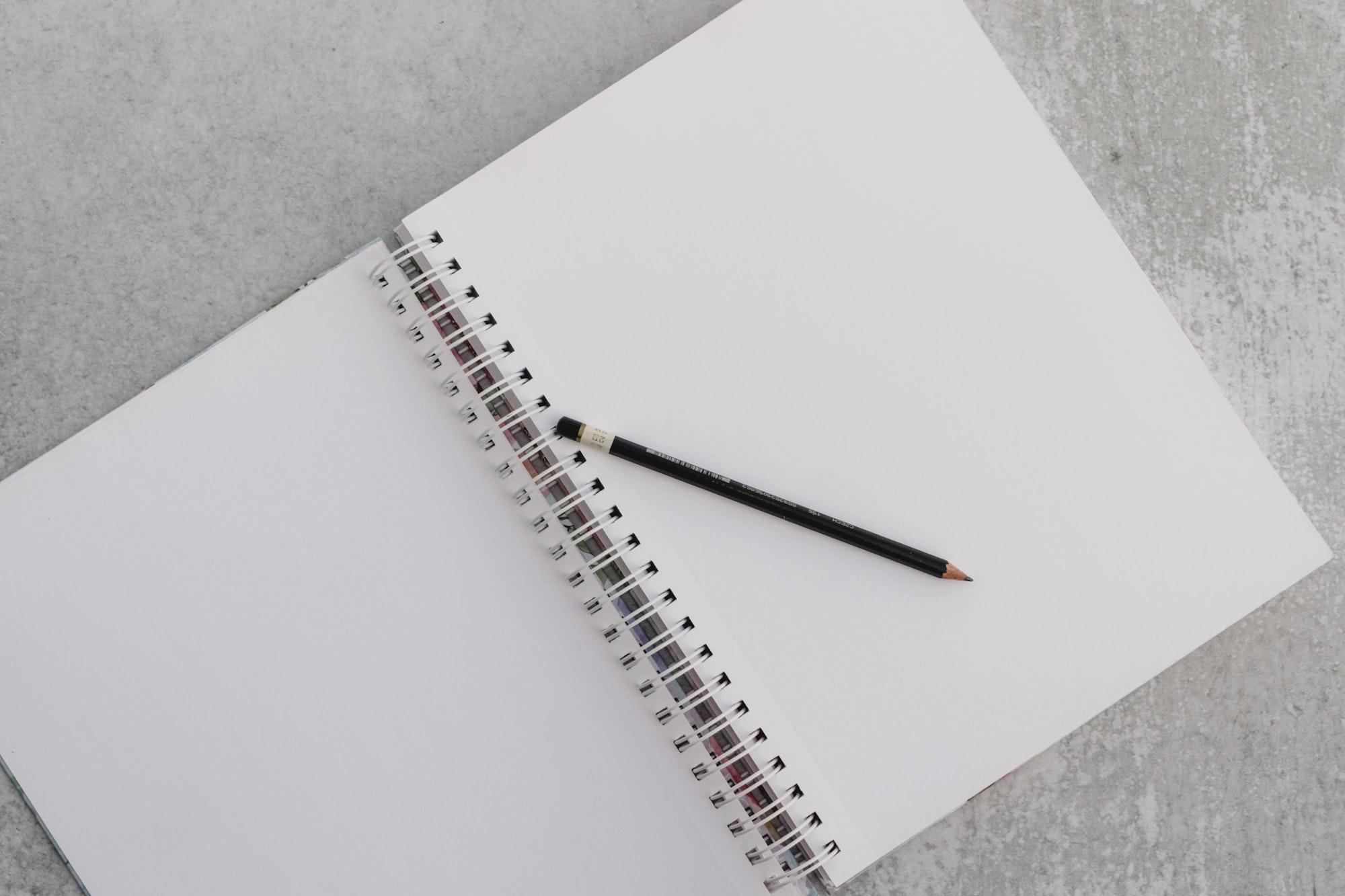 I set out to answer a simple question: In just 30 days, could I master the self-portrait using only pencil and paper? Now it's time to decide.

What went well, what went poorly, and the lessons I learned in 2019.