This year I read 26 books and hundreds of articles. My interests ranged from behavioral psychology, mental models, note-taking, health, wealth, design, and much more. In no particular order, these are the five books and five articles I found most valuable.

A quick note: These are the best books and articles that I read in 2020; it doesn't mean that they were published in 2020.

"When I consider the difference between myself, and other people, I thought of myself as a late developer. Most people lose their talent at puberty. I lost mine in my early twenties. I began to think of children not as immature adults, but of adults as atrophied children."

Who knew that a book on improv theater (something I've never participated in) would be one of the best books I read this year. What makes Impro so influential is that learning the fundamentals of improv theatre is really a case study into human behavior.

The book's first section on status was by far the most interesting to me. Whether we recognize it or not, we are driven by our desire to achieve a particular level of status relative to those around us. Our status is raised and lowered through our body language and the words we use.

Who Should Read It: You want to become a better communicator and learn how you can raise your status.

How to Take Smart Notes by Sonke Ahrens

Every year I might read one book that changes my life. This year it was How to Take Smart Notes. It completely changed how I think about, interact with, and process information so that I can spend more of my time thinking, understanding, and developing new ideas.

With the Smart Notes method, you no longer have to decide what to write about or worry about starting with a blank page. You just follow your interests, take simple notes while you read, convert the most important ideas into permanent notes, observe where your note-clusters have built up, then translate your notes into original work.

Who Should Read It: Students, academics, writers, or anyone serious about wanting to improve their thinking.

The Design of Everyday Things by Don Norman

"Good design is actually a lot harder to notice than poor design, in part because good designs fit our needs so well that the design is invisible."

The ultimate introductory into how design serves as the communication between ourselves and the objects we interact with on a daily basis. When done well, good design effortlessly guides us to the right action at the right time. The results are brilliant, pleasurable products.

Who Should Read It: Aspiring entrepreneurs, creatives, designers, or anyone interested in learning more about how design influences our behavior.

The Psychology of Money by Morgan Housel

"The ability to do what you want, when you want, with who you want, for as long as you want, is priceless. It is the highest dividend money pays."

Doing well with money isn't about how smart you are. It's about how you behave. And behavior is hard to teach, even to really smart people.

In the real world, people don't make financial decisions on a spreadsheet. They make them at the dinner table or in a meeting room, where personal history, their unique view of the world, ego, pride, marketing, and incentives all weigh in on their decisions.

To really understand people's relationship with money, don't bother studying the market. Instead, study the history of greed, insecurity, and optimism.

Who Should Read It: This is a book about money and psychology. Everyone should read it.

The Almanack of Naval Ravikant by Eric Jorgenson

“All benefits in life come from compound interest, whether in money, relationships, love, health, activities, or habits.”

Who knew that a book composed entirely of the transcripts, Tweets, and interviews given by famous Silicon Valley founder and angel investor Naval Ravikant, would be the ultimate guide to building wealth and happiness. But, then again, Naval is no ordinary man.

Who Should Read It: You want to have a rich and happy life.

The Fine Art of Opportunism by Venkatesh Rao

"Opportunism is about working with and manipulating luck, not waiting for it. It is about engineering your path through life in such a way that the probability of disproportionate-returns events in your life is increased."

There are four types of decision-making: deliberative, reactive, procedural, and opportunistic. Most people are competent at the first three, but it's the opportunistic decisions that can have the highest impact on your life. Thankfully, you can improve your ability to think opportunistically.

Improving your skills as an opportunist requires developing a sense of timing and leverage, adaptability, and willingness to rapidly shelve existing plans and disrupt procedures. It's knowing how to recognize when you're randomly in the right place at the right time.

Who Should Read It: You want to increase your odds of success.

"Unlike meat, vegetable oil is a new phenomenon in our diets. Its consumption is fairly unprecedented in human history. In fact, if we look back further to 1909, we can see that vegetable oil consumption has increased more than 150-fold in the US."

Rates of chronic diseases such as heart disease, asthma, cancer, and diabetes have grown 700% since 1935. Today, 6 in 10 Americans have at least one chronic disease, and the numbers are steadily rising.

While the blame has often been directed at poor lifestyle choices such as lack of exercise, tobacco use, excessive alcohol consumption, and poor nutrition, there's something missing. Americans are actually exercising more, smoking and drinking less, and eating better than they were 20 years ago. Yet, rates of chronic disease and obesity are still steadily rising.

So if it's true that Americans are generally living healthier lifestyles than they were 20 years ago, why don't we see a decline in the rates of chronic disease? Perhaps there's another culprit at play that's been flying under the radar this entire time.

Who Should Read It: You're interested in improving your health and nutrition.

*This is part one of a three-part series with a part four coming soon. If you enjoy reading this one, I highly recommend reading the entire series.

"The secret to power networking is: Make something awesome and tell people about it."

Most people are bad at networking. Or at the very least, hate the idea of it. But even the world's best networkers are often constrained by the size of the conference they're attending with regards to who they can reach.

Luckily, there's a networking tactic that's 100X more effective than handing out business cards and shaking hands. Even better, it looks nothing like traditional "networking" and can help get you in front of the people you admire.

Who Should Read It: You want to know how to land your dream job or get in touch with someone you admire.

The Audio Revolution by Alex Danco

A case study into how an often-ignored piece of consumer technology has impacted people's politics and beliefs in a pretty radical and consequential way.

Danco expounds upon Marshall McLuhan's famous line, "The medium is the message," by explaining that the choice of media platform actually matters more for understanding than the content that it hosts. One of the most interesting essays I've ever read online.

Who Should Read It: You want a better explanation of why the world (especially here in America) is becoming more politically polarized.

"A well-developed site is your resume, your real estate, your time machine, and your second brain. It helps anyone learn more about you, how you think, and why they should care. And for you, it helps clarify your thoughts, share what you know, and build a reputation."

This is the ultimate guide for those who've considered starting a blog. But it's more than just a how-to guide. It's a blueprint for showing you what's possible once you start sharing your ideas online.

Nat can't guarantee that you'll have as much success as him by following his advice, but he can guarantee that if you do, you'll at least end up somewhere you never expected.

Who Should Read It: You've either thought about starting a blog or are already on your blogging journey.

Check out last year's recommendations: The Best Books and Articles I Read in 2019

If you want to make better decisions, it starts with understanding the core ideas that govern how the world really works. 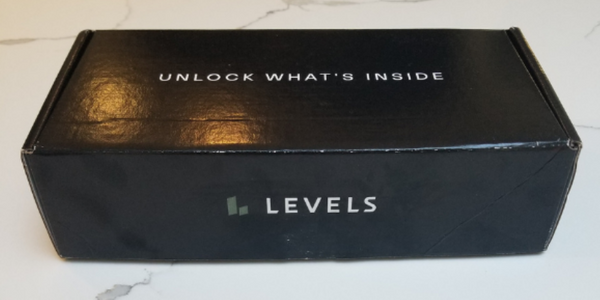 What a 28-day weight-loss challenge partnered with Levels Health taught me about how my diet and lifestyle affect my overall health.